Winners in sports, as in business, all have coaches:

Just like a sports coach elevates an athlete’s performance, business coaching will help you elevate your game to win more in life and business so that you can become a champion of business!

So, Is Business Coaching Worth the Investment?

According to a study conducted by MetrixGlobal, LLC.:

Coaching produced a 529% ROI and significant intangible benefits to the business, including the financial benefits from employee retention, boosting the overall ROI to 788%.  – Executive Briefing: Case Study on the Return on Investment of Executive Coaching. MetrixGlobal, LLC. Merrill C. Anderson, PhD, November 2, 2001.

Statistics are one thing.  But, does this translate into real world application? Look at how DE, Inc. business coaching helped these real world business owners:

“As a first time business owner, I worked with Dino to develop a clear marketing and business plan that matched my goals. He also assisted in preparing the tools to measure the effectiveness of my efforts. His expertise and guidance were invaluable in getting my business off on the right foot. I highly recommend Dino to anyone who is trying to find clarity in their business approach.” – Pat Deering, Owner FranNet

“My husband and I have found our creative energy again, our team is more focused than ever and everyone working with us is energized and excited about achieving the clear goals we’ve laid out with DE, Inc.’s help.  The Goal Assessment and coaching system are different because we started with what truly makes us happy.  It makes you think about why you got into business in the first place, then helps you build your business around what you want out of life.  This way you’re not frustrated with your business.  I highly recommend DE, Inc. and The Goal Assessment to any business owner who’s frustrated with their business or life and wants to make it better.” – Carrie Rokosz, Owner Rokosz Studios 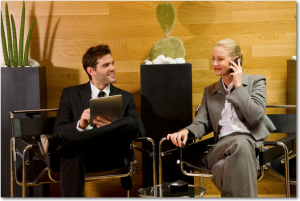 What elevates someone from being a winner to becoming a champion? – DISCIPLINE!!!

Business coaching adds structure and accountability to what you’re already doing.  Adding this level of discipline allows you to do more of the right things at the right time resulting is more wins and fewer loses.

Business Coaching can help you when:

How Does Business Coaching Work?

Business Growth Coaching is designed to help you build a self-sustaining business.  This business coaching format provides the discipline, structure, and accountability you need to win more often!

Hourly Business Coaching is perfect when you need a skilled ear to discuss a new idea or assist with an operational challenge.  Adding this level of discipline helps you to do more of the right things at the right time resulting is more wins and fewer losses.

Both forms of DE, Inc. business coaching are tailored to your specific needs.

Not ready to take the plunge?  How about if we make it risk FREE?  Click the button below to try our risk free business coaching.

Want to Do It Yourself?

You can also supplement business coaching with our business resources, business tools, and business training to SPARC growth while improving your skills and accelerating learning.